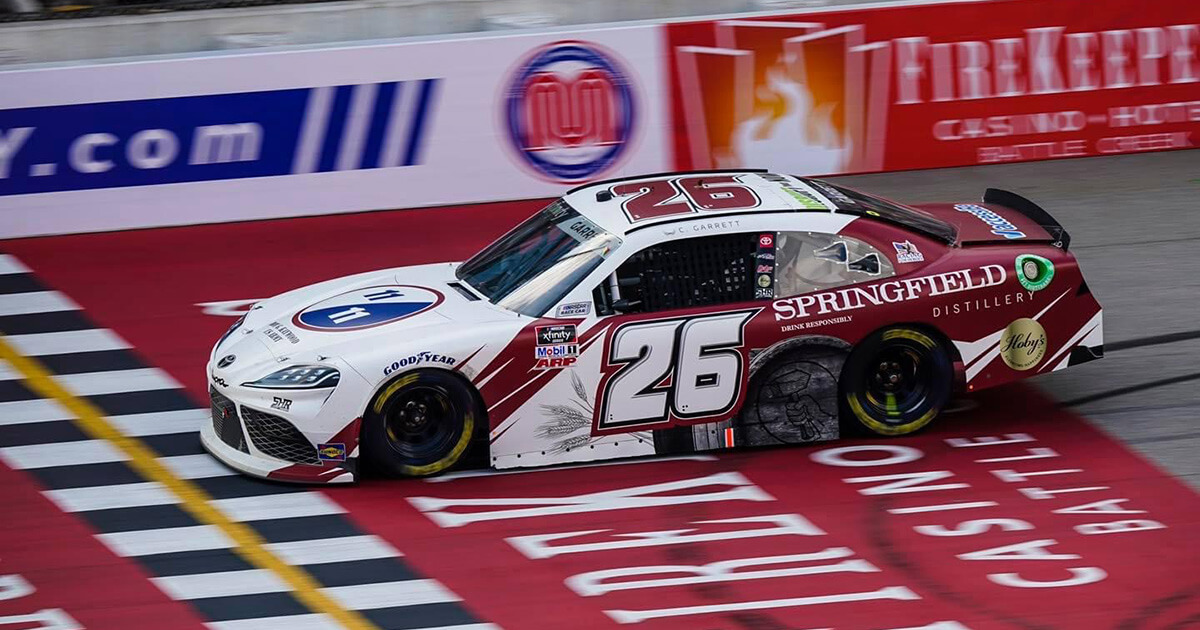 A special race where Colin honored his grandfather, disabled US Army veteran Roy Kaywood, and piloted the first NASCAR ride with a Braille paint scheme and blind-owned sponsor ended with a wild triple overtime finish.

With no qualifying, Garrett’s No26 Springfield Distillery Toyota Supra started the race at P29 based on team points and finished P20. Team owner Sam Hunt said, “Triple overtime did us no favors, but I’m proud of the effort this team and driver had all race long. We ended up 20th after battling in the top-15 throughout the final stage with top ten lap times. Now we’re looking for more with Colin Garrett at Daytona International Speedway this Friday night under the lights!”

Garrett made NASCAR history again by being the first NASCAR driver to run a Braille paint scheme and have a blind-owned sponsor. In the past he’s been the first to crowdfund an Xfinity Series car and pay for stem cell treatments for a veteran with MS, first to let micro businesses be part of a national NASCAR campaign, and had the first Black-owned, Service Disabled Veteran-owned NASCAR sponsor.