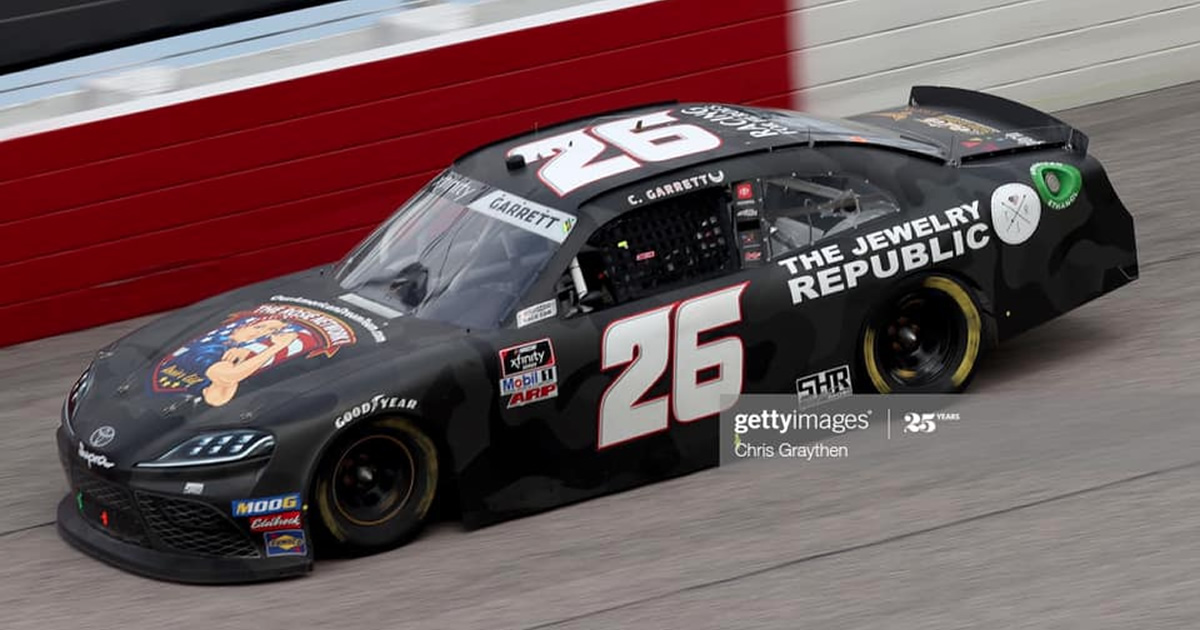 Darlington Raceway is known as being “Too Tough to Tame” for a reason. In the words of Fox Sports writer Jared Turner, it “inflicts headaches on the most seasoned veterans. It notoriously punishes rookies. It crushes dreams.”

After not racing since February because of the COVID-19 shutdown, Colin Garrett and the Sam Hunt Racing The Rosie Network No 26 Toyota knew they had an uphill battle, to say the least.

A new team with a rookie Xfinity driver who had never even been to Darlington would be racing with no practice laps or qualifying. What could possibly go wrong?

The race was delayed two days by rain and then another 4 hours on May 21 before the green flag could be waved.

As it turned out, though, the only thing that went wrong for the team was debris chipping a brake bleeder. That trapped the car in the garage for 35 laps but this isn’t a team that quits.

Colin drove one of the fastest cars and came away with not a scratch on it! His average speed was position 13 as he ran speeds between p10 and p15 all day.

Since there was no qualifying, the starting lineup was set via a random draw and Colin started P39. He had made it up to P30 before the brake issue, but did make it back out on the track and finished the race.

With Darlington being such a notoriously hard track and the potential for lots of wrecks because of the COVID-19-caused lack of seat time for any of the drivers, the young team is actually thrilled with the results.

Team owner Sam Hunt said he’s “so proud of this team for fighting to get back out and run the rest of the race extremely competitively.” He was happy “seeing Colin weave through the field without putting a scratch on the car… and getting to race with the front half of the field and earn their respect along the way. “

This kind of success under stressful conditions leaves Hunt “excited to get back after it and grow as a team through the season.”