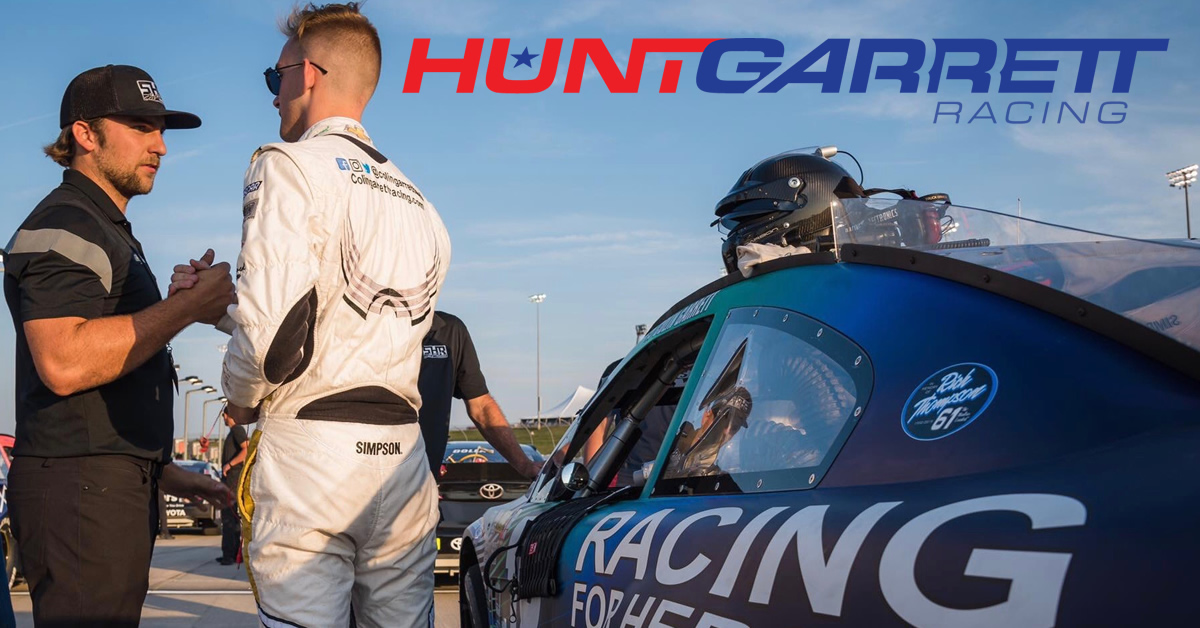 Hunt-Garrett Racing To Compete in 2020 Series

26-year-old Sam Hunt and 19-year-old Colin Garrett, the youngest owner/driver duo in NASCAR, announced today that they are bringing a crowdfunded Xfinity Series team to the sport. Hunt-Garrett Racing will be structured around and funded by the American people and the companies that hire them.

Hunt-Garrett Racing will debut at Daytona in February’s Xfinity race with the support of Mark Cronquist and Joe Gibbs Racing Engines. They plan to run a paint scheme dedicated to their fans as they race “for and because of them.”

The crowdfunding campaign is kicking off at OurAmericanDreamTeam.com with the “First Stop: Daytona!” phase. An initial “soft launch” of the site has already raised almost $40,000.

Backers will become a part of NASCAR history, with their names included in the credits for a rewards docu-video of Hunt-Garrett Racing’s journey leading to Daytona and through Speedweeks.

Other rewards include team apparel, gloves worn by Garrett at Daytona, a backer’s name on the car, and an embroidered show suit replica of Garrett’s fire suit.

“It’s no secret that the structure of motorsports continues to rely more and more on the financial backing carried by it’s own competitors,” says Hunt.

His and Garrett’s goal is to build “a team crafted and built by every day, hard working American dreamers who share a goal in restoring the faith that hard work, proper education, and a strong moral compass can still thrive and survive at the pinnacle of our sport.”

“Working with our dedicated fans and partners that share this belief that the American Dream is very much alive, we will establish ourselves as THE team that every American can support, and every dreamer can feel directly connected to on and off the racetrack,” Hunt adds.