Garrett to race Saturday in Martinsville 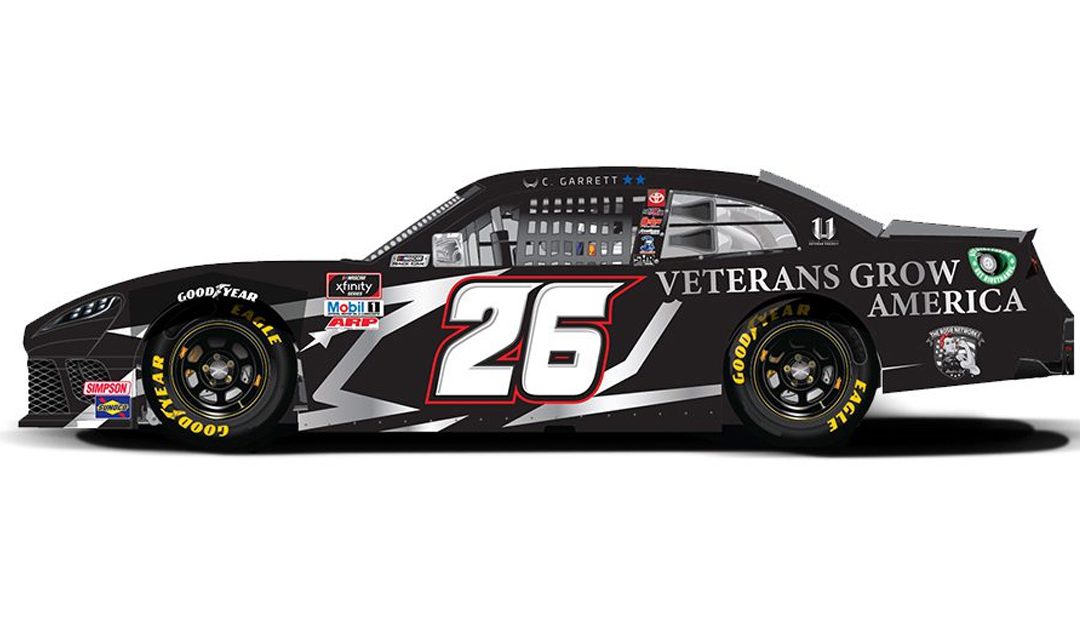 Sam Hunt Racing announced that 21-year-old Colin Garrett will pilot the No. 26 Veterans Growing America Supra in his first career NASCAR Xfinity Series start at his home track of Martinsville Speedway in the Dead On Tools 250.

Garrett, an Elmo native, is a former South Boston Speedway track champion in the Limited Late Model division and current competitor for Sellers-Burton Racing out of Danville in the NASCAR Advanced Auto Parts Weekly Series.

“I’m excited to race at my home track for the first time on this level,” said Colin Garrett. “Martinsville is always a good time when we go there in the late models, so I’m really looking forward to experiencing it in the Xfinity car. It’s awesome to have the opportunity to bring a campaign that I’ve been working hard on to promote at my home track too.”

Veterans Grow America will be on board of the No. 26 Toyota Supra as a primary partnership alongside Garrett’s 11/11 Veteran Project campaign. VGA provides a forum for veteran and military spouses to showcase and grow their businesses by partnering with local, state and federal veteran organizations to increase brand awareness. VGA conducts local events and marketing programs to increase engagement with the veteran business community. The organization is part of a national movement that helps veteran businesses get the resources and support they need to succeed.

Coming from a family of veterans and active duty military, Garrett has dedicated his life to promoting and finding resources for veterans and active military families. When he is not behind the wheel of a racecar, Garrett is a driving instructor for active duty military and first responders alongside his partner Racing for Heroes Tactical Mobility in Danville. He also instructs tactical mobility training at Summit Point Raceway in Summit Point, West Virginia.

“Being right here in Southern Virginia is awesome because this is the home to our partners at Racing for Heroes,” said Garrett. “A lot of our guys from there are going to be attending the event because it’s so close to home for all of us. It’s also an honor to have Veterans Grow America on the car to bring awareness to their program.”

“It’s always special when we have Colin behind the wheel of our #26 Toyota Supra, especially now at his home track,” said Sam Hunt, 28-year-old team owner of Sam Hunt Racing. “Being the first driver for SHR, it’s so cool that we still get to work together three years later. We’ve both grown up quite a bit since the first day of working together, but still have the same fun when racing together. Colin and his family are like a second family to me, and I cherish every chance we get to work together. Colin is hungry and will bring a no-fear attitude to Martinsville. It’s going to be a great weekend.”

The Dead On Tools 250 is set to begin at 6 p.m. Saturday with live coverage on NBC Sports Network, the Motor Racing Network (radio) and SiriusXM NASCAR Channel 90.