McFarling: Garrett knows where he comes from, but does NASCAR? 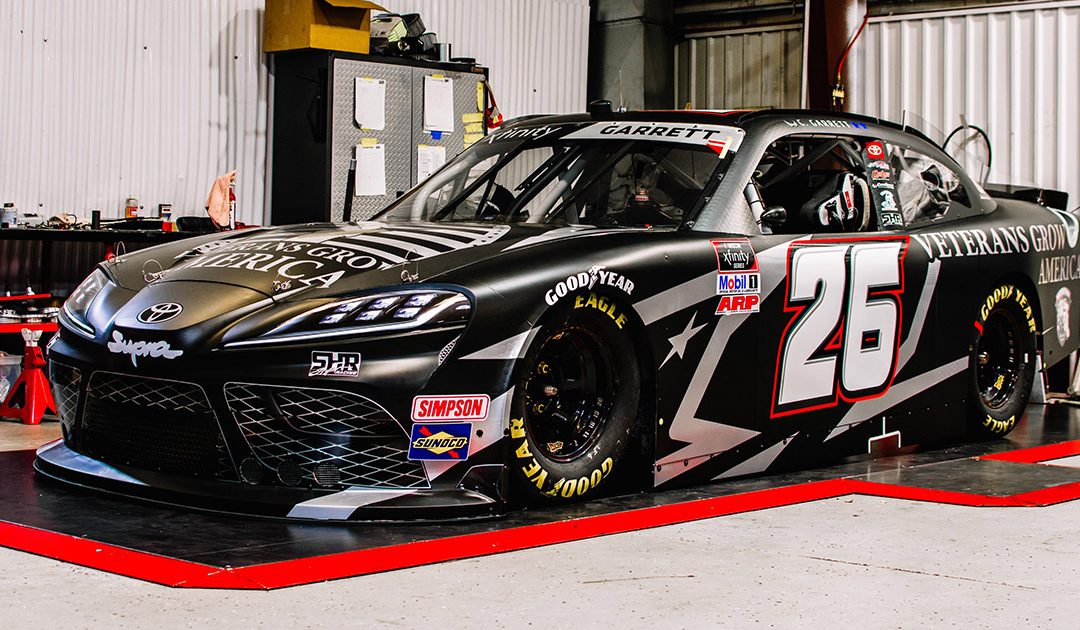 No, he doesn’t need to win at Martinsville to get a grandfather clock. He’s already got one — a Ridgeway model, at that.

No, he’s technically not from Elmo, Virginia, wherever the heck that is, even though NASCAR keeps saying so.

And no, he does not care about possibly running into playoff drivers in the Xfinity Series and ruining their Saturday.

What is his problem? The Elmo thing. The 21-year-old Halifax County High School graduate would like to be known as a driver from South Boston. People have heard of South Boston. There’s a popular weekly racetrack there where he got booed a lot in 2017 and 2018 because he was winning so often in late model cars.

Garrett does have an Elmo connection, but most folks haven’t heard of Elmo. Elmo is an unincorporated place in Halifax County. According to the internet, Elmo is 558 feet above sea level. And that’s about all the internet has in its “Elmo” file.

“NASCAR’s held on to that Elmo,” Garrett said with a laugh. “It’s never been on any paperwork that I’ve ever put in, but they’ve picked it off something and that’s what it is now.

“I live 20 minutes outside of South Boston in the community of Elmo that’s not really anything. There’s a sign that says ‘Elmo.’ We have a Dollar General five minutes down the road, so that’s kind of cool. That was like getting a frickin’ Walmart down the road. That’s the coolest thing ever.”

Actually, the coolest thing ever is that he’s entered in Saturday’s 6 p.m. Xfinity race at Martinsville Speedway for a one-off start with Sam Hunt Racing. It will be Garrett’s fifth Xfinity start this season and the 12th of his career — but his first at the historic track just 40 minutes down the road from where he grew up.

Often, when local drivers make their Martinsville debuts, they regale us with heart-warming childhood tales of sitting in the grandstands, dreaming of this moment.

Garrett refuses to be a cliché.

“I went with my dad to Martinsville back in 2007 or ’08, I believe,” Garrett said. “I think Denny Hamlin won. I don’t exactly remember. We left early because it was freezing and drizzling and it was miserable. Those are kind of my earliest memories of that facility.”

He’s been back a few times since, but always to race late model cars or fulfill other racing obligations. Business, in other words.

But he knows all about the track’s history, including its famous practice of awarding grandfather clocks to winners of prominent races. For decades, the Ridgeway Clocks models supplied to the speedway were manufactured just a few miles from the track.

Garrett already has one. It’s been in his family’s house since he was a kid. They got it the old-fashioned way. They bought it.

“So technically I don’t need another one,” he said. “If I don’t win, I’ll just get a plaque made for it and just put that on the front.”

Garrett has no delusions of grandeur. A top-15 finish on Saturday would be fantastic for him. He’s won season titles at South Boston, but he doesn’t know where his racing career will go from here.

“Well, five years ago, I thought I’d be in Formula One by now, so that obviously hasn’t happened,” he said. “Thankfully, I’ve been able to run 13 or 14 national series races overall, so it’s been really cool to do that. But at the end of the day, if I don’t get to run another race after this weekend, I can say I’ve run 13 or 14 national series races.

“And I’ve raced a lot. Not a lot of people can say they’ve even raced. I can sign off on a good note at that point. If not, hell, who knows?”

He knows that Sam Hunt Racing will bring a solid Veterans Grow America Toyota Supra to the track, and he plans to race it hard on Saturday. The fact that eight drivers are engaged in a tight playoff battle for a spot in the Xfinity final four does not concern him.

“I’m not racing again next week, so that’s their problem,” he said. “They’ve got to worry about that. I’m out there on my one-off deal, so I’m going to go try to make a name for myself and see what I can do going forward. I don’t really care.