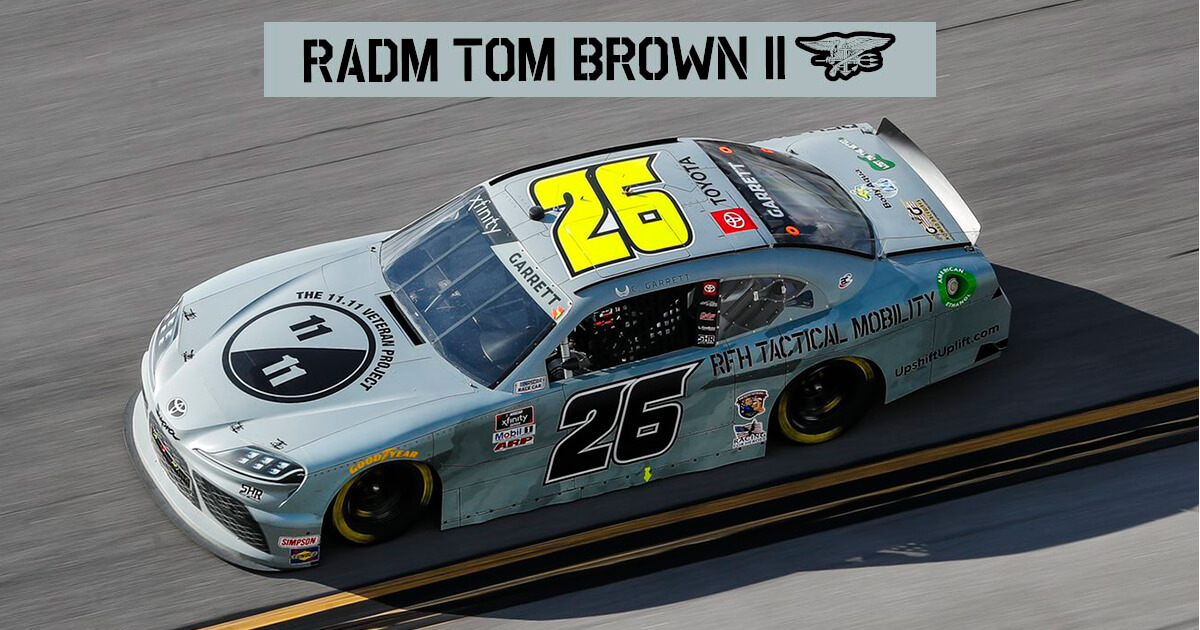 In his first 2021 Xfinity Series race, Colin Garrett honored late Rear Admiral Tom Brown, II, SEAL (Ret.) with his name on the passenger side door of the  No. 26 Sam Hunt Racing RFH Tactical Mobility Toyota Supra for the Ag-Pro 300. Garrett started P22 and finished P15 after the race was called for rain.

RADM Brown’s wife, Stephanie Brown, is founder of The Rosie Network, one of the nonprofits Garrett promotes pro bono. She and their youngest son were able to attend the race and experience this great American hero riding shotgun in spirit.

As usual, Garrett promoted The Rosie Network and Racing For Heroes on the car, and also unveiled his 11.11 Veteran Project on the hood. The paint scheme was Toyota’s Lunar Rock colors and veteran-owned sponsors included: