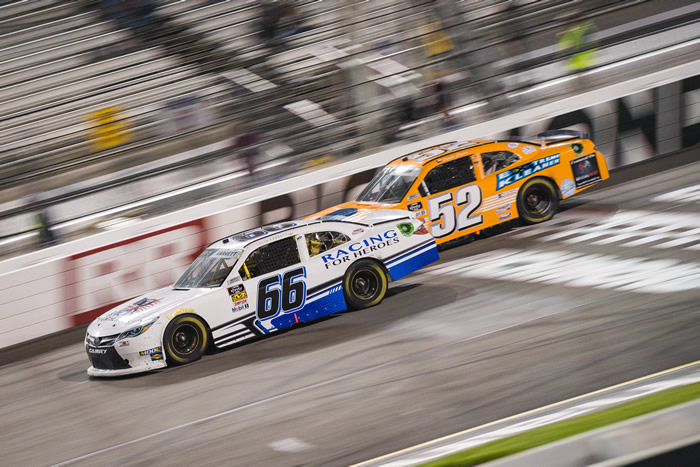 Colin Garrett made his Xfinity Series debut in Friday night’s ToyotaCare 250 at Richmond Raceway, driving the No. 66 Racing For Heroes Toyota for MBM Motorsports.

Qualifying was cancelled due to persistent rain, resulting in the field being set by owners points. Colin started P24 and steadily gained positions until issues with tire pressure caused him to start moving back.

This race was the second for Colin to run the Racing For Heroes logo. Sadly, a friend of RFH committed suicide just days before the race, proving that Racing For Heroes mission of combating Veteran suicide is critical. Colin ran a memorial to this fallen hero, SSG Eric Patton, on the back of the car.