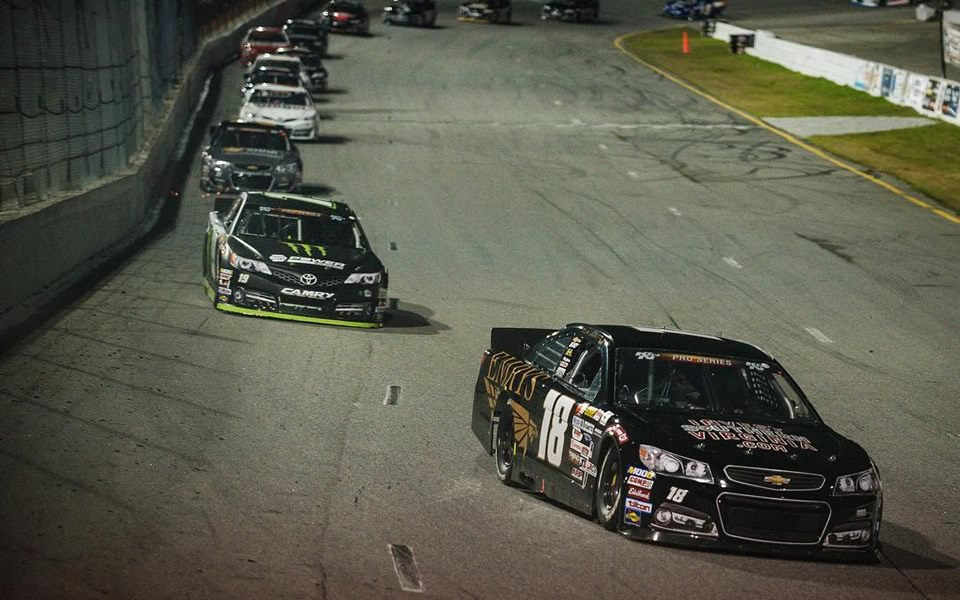 Colin Garrett and Sam Hunt Racing are putting hugely funded teams on notice: talent CAN compete in a sport that is so dominated by big money.

With the 2019 racing season kicking off during Florida Speedweeks at the New Smyrna World Series of Asphalt Stock Car Racing, Garrett proved he’s already revved up for a great season.

His racing started Friday night with a 4th place finish in Super Late Models, driving the #24 from Fat Head Racing, and continued Monday with races for both the K&N Pro Series East and Super Late Models.

Racing the #18 InvestSouthernVirginia.com Chevrolet in the K&N East race, the Sam Hunt Racing team systematically hunted down cars in front of them and led 64 of the 175 laps. After getting sideways with help from another driver late in the final laps, they finished 6th.

Colin and Sam Hunt Racing were THE story of the night Monday, though:

With guidance from Frank Deiny in the tower and exceptional work from crew chief Clinton Cram and the entire SHR team, a small, one-car team took the big corporate race teams to task. They gave notice with this performance that they are for real.

Later Monday night in Super Late Model action, Garrett finished 4th for the second race in a row and is in 2nd place overall for the World Series SLM championship as of Tuesday morning.

Tonight (Tuesday)  will be a 50-lap Super Late Model if the weather holds out.  Wednesday and Thursday are 35-lap SLM’s, and Saturday is the 100-lap finale, after which the champion will be named.

You can watch the upcoming New Smyrna World Series races live on Fanschoice.tv. or see the replays on NBCSN.