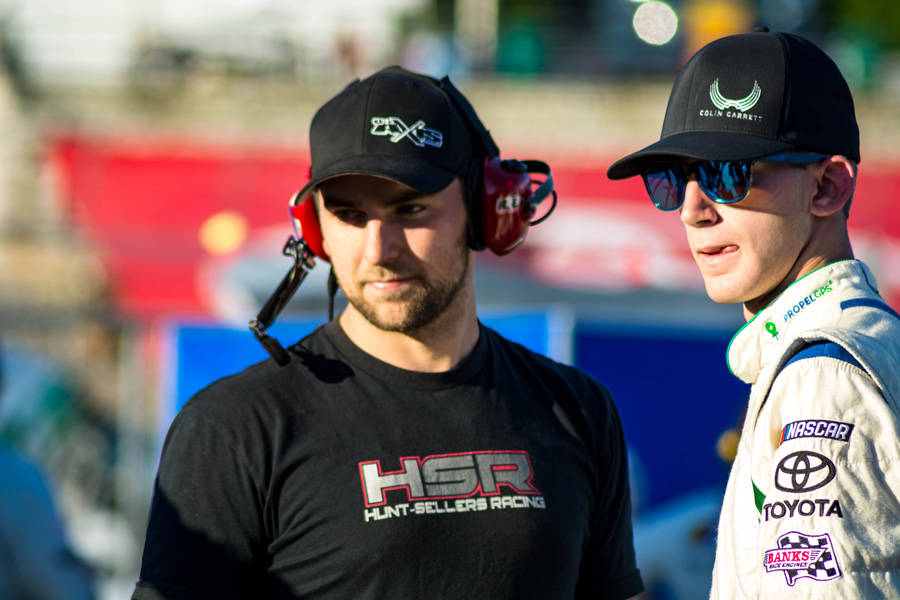 18-year-old Colin Garrett, driver of the No. 18 car for Hunt-Sellers Racing in last year’s K&N Pro Series East, will return to drive the car for Sam Hunt Racing in the 2019 season, the team announced today. Much of the 2018 team’s roster will also return for 2019, including veteran NASCAR Xfinity and K&N Crew Chief Clinton Cram, setting the foundation for an exciting and competitive season.

The South Boston, Virginia, native ran the No. 18 in twelve of the fourteen races for Hunt-Sellers Racing in the 2018 season, racking up 1 top five and 5 top ten finishes throughout the season. Despite not running the full season, he finished 10th in overall points for the K&N Pro Series East.

“I’m excited to return to Sam Hunt Racing for the 2019 season. I wasn’t planning on running any NASCAR touring series races this year, but when I got the call I was super stoked,” Colin remarked. “We all worked together really well for my rookie campaign in 2018, so it should be interesting to see how it goes with the new environment with the team now. I can’t wait to unload in New Smyrna and get to work in my #18 Chevy SS!”

Sam Hunt, owner of Sam Hunt Racing, said “I’m really excited to have Colin back in the car in 2019. He had to learn a lot in a very short amount of time last year, so I’m excited to see what he can bring to the table now having some experience under his belt. It’s always fun to see drivers and younger kids mature into these roles – and Colin has a bright future. I hope to see him evolve into a leader of this group, as everyone at SHR is fully behind him this season.”

“I’m excited to see how Colin does in 2019. He’s developed a lot over the last couple of years and was really impressive in the last couple of Late Model races we ran last year. I think the K&N series helped a lot with that,” said Frank Deiny Jr., Garrett’s coach and spotter for 2019 and Crew Chief of his Late Model team, including for the 2017 championship season.

In 2017, just his third season of racing, Garrett was South Boston Speedway’s Limited Sportsman Division Champion and broke the track’s qualifying speed record twice during the season. He received the UNOH Youth Achievement Award in both 2016 and 2017, and was Rookie of the Year at SoBo in 2016. He also won two Pole Awards and one race in his Dominion Raceway Late Model Division debut in 2017, and won race 2 of the 2018 season at Dominion.