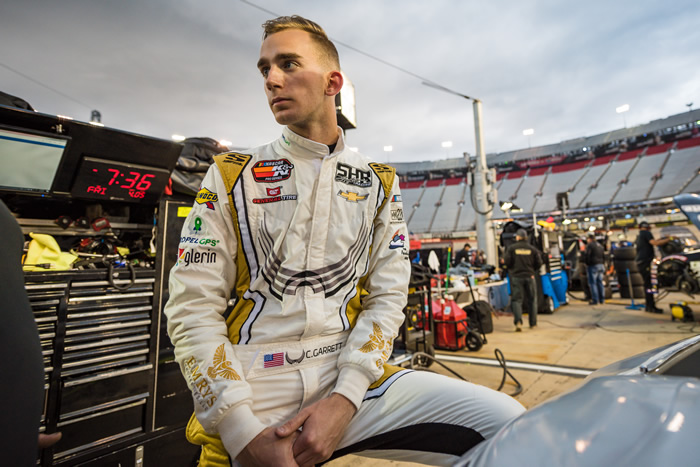 Colin Garrett will make his Xfinity Series debut Friday at Richmond Raceway driving the No. 66 Toyota for MBM Motorsports, the team announced Wednesday.

Garrett, 18, will make his first start in a national NASCAR series event. He has 14 starts in the K&N Pro Series East since last year with one top five and seven top 10s.

A native of Elmo, Virginia, Garrett will be sponsored this weekend by “Racing For Heroes,” an approved 501(c)3 charity that empowers Veterans through motorsports, health, wellness and employment opportunities.

“I’m super stoked to be running with MBM Motorsports for my NASCAR Xfinity debut,” Garrett said in a press release. “I’m going there to gain experience in one of the top three national series, and to finish in the top 20 would be a great day for us overall.”