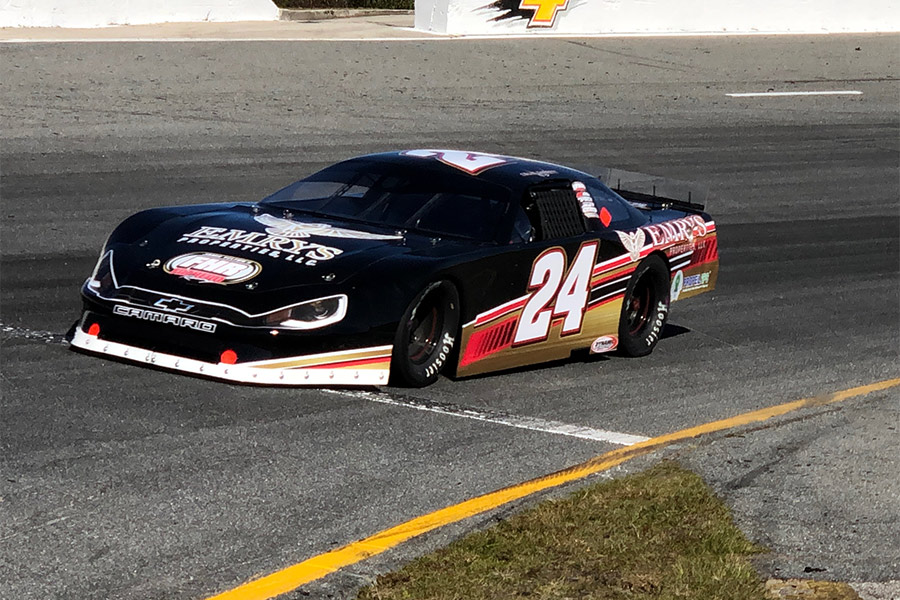 Colin and the team are at New Smyrna for testing this week in preparation for Florida Speedweeks.

“I’m stoked to be back with Jamie Yelton and Fat Head Racing for the World Series. It’s been a dream of mine to run this event for several years and to finally be able to do this is awesome,” Garrett said. “They always put together fantastic cars so I’m looking forward to climbing in my #24 Chevy Camaro for the first event of Speedweeks.”

Garrett and Fat Head raced together last November when he made his first Super Late Model start at South Boston Speedway in the CARS Tour.

FHR’s previous Super Late Model wins include the Short Track U.S. Nationals at Bristol in May 2017 with Cup veteran Bubba Wallace driving, and a win in the 2015 World Series in New Smyrna with David Garbo driving.

Last week Sam Hunt Racing announced that Garrett will also be racing their #18 Chevy Camaro in the K&N Pro Series East. The 18-year-old South Boston, Virginia, native ran the #18 in twelve of the fourteen races for Hunt-Sellers Racing last year, racking up 1 top five and 5 top ten finishes throughout the season. Despite not running the full season, Garrett finished 10th in overall points for the K&N Pro Series East.

For business or sponsorship inquiries regarding Colin, contact him through his Partnership page or email [email protected].